Tuba Odyssey - The Journey of InnerTuba
Written for Jon Hodkin of InnerTuba. A composition for solo tuba with brass band written to reflect Jon's journey across the country on his recumbent bike.

A new version of this composition for Solo Tuba with Wind Band is now available!

Full details of Jon's work and journey can be found on his website.

Falling Red Leaves of Autumn
For euphonium, vibraphone and piano. In three sections. Based on a haiku with one musical section per line:
The swirling wind stirs
Falling red leaves of Autumn
Soon the rain will come 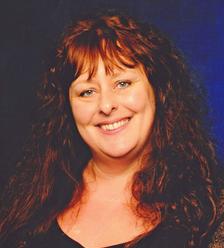 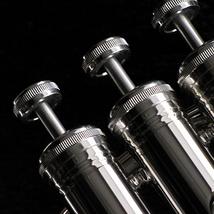 Lonely Isle
Franner's first award-winning piece. This is a

Olympic Flame
Originally composed for the BASBWE Composer's Competition as a Wind Band piece. This is the Brass Band arrangement.

Franner studied music at Christchurch College, Canterbury, Kent, specialising in Composition under the composer and trumpeter Paul Edlin. After a period of performing, Franner completed her PGCE to qualify as a secondary school teacher.

While teaching, Franner studied for a science degree as a hobby with the Open University before going on to completed her MA(Ed) with the OU. In 2011 Franner went on to gain a PhD in Composition at Salford University studying with Professor Peter Graham.
Franner has ABRSM grades in Euphonium, Piano, Viola, Flute and Theory. She is also a Fellow of the London College of Music and a Member of the Chartered Institute of Educational Assessors.

Trombone Octet No.1/ Jazz Quartet No.1

Trombone Octet No.2/ Jazz Quartet No.2

Fantasy No.1 for Solo Trombone

The Gates of Oblivion

The Good Things and The Bad Things

Franner was pleased to win the Kirklees Composition Competition with her piece ‘Lonely Isle’ for brass band.

On leaving university and after some time as a singer/songwriter, Franner qualified as a teacher, working as a secondary school head of music in Dorset before going on to work as head of music at Weymouth College. In this post Franner lectured in composition and co-ordinated the music degree programme for Bournemouth University at Weymouth.
Franner left teaching in 2007 to complete her PhD and concentrate on her composing work.
Franner has worked for an English examination board since 2004 and is currently Principal Examiner for a music qualification.

Franner Otter was born in Dorset to a brass banding family. She studied the piano and viola at school and often performed with her two sisters in a singer/songwriter vocal harmony group. Franner has composed music since she was very young and plays a number of instruments. It was only after the age of 30 that Franner took up the instrument played by her father, the Euphonium, and started composing music for brass bands.
Franner lives and works in the Scottish Highlands.